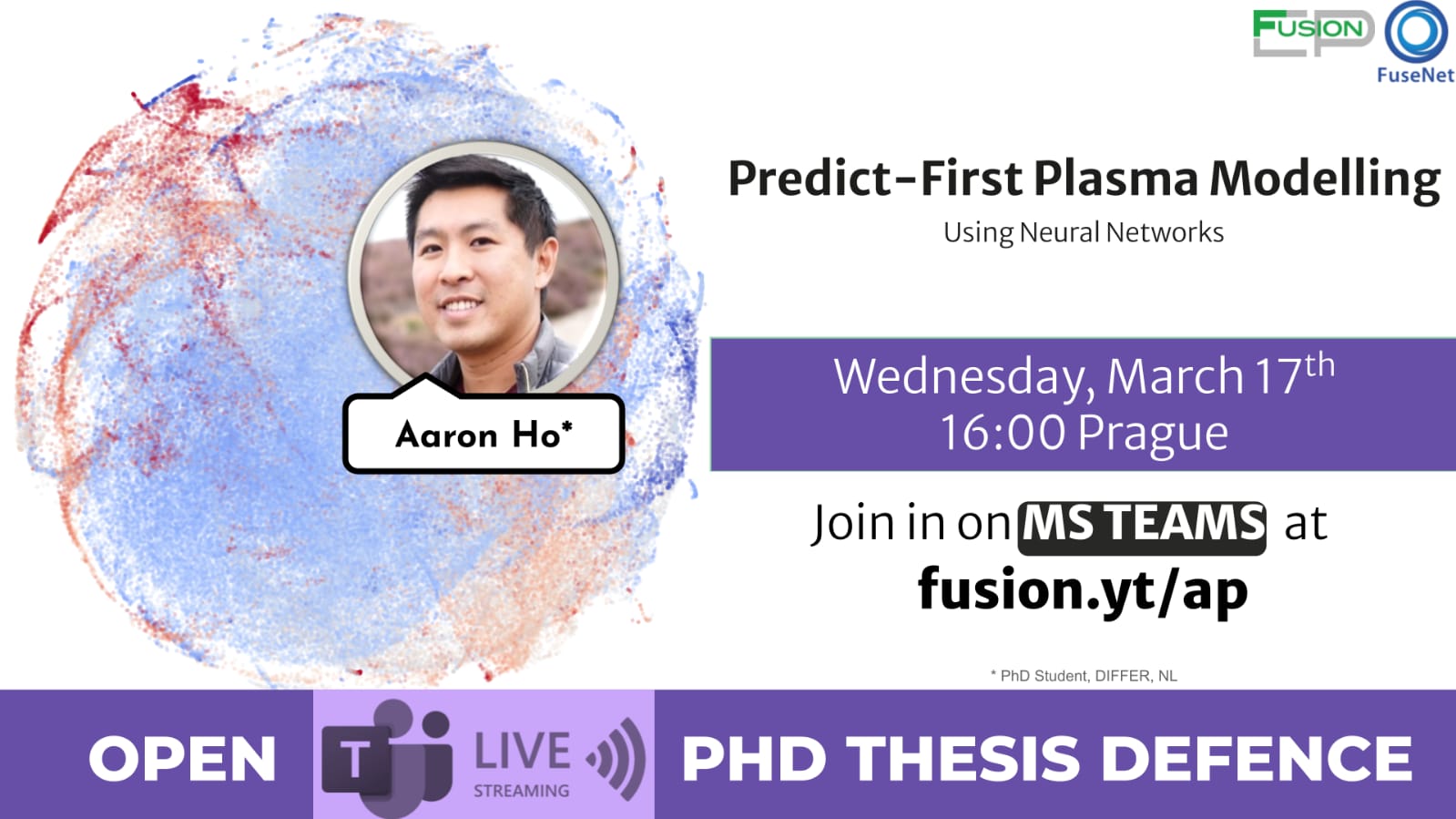 Abstract: Large intricate machines, such as the Joint European Torus (JET), have been constructed in the pursuit of this goal. As the machines become more energetic, it becomes increasingly important to adopt a “predict-first" modelling approach regarding its operation, as it can reduce operational inefficiencies and protect the device from severe damage. However, this approach requires models which are: • complete enough to capture all the relevant phenomena in the device, • accurate enough to reliably base decisions on its predictions, • and fast enough to find feasible solutions through iteration. This thesis covers an approach to developing a model which satisfies these criteria through the use of neural networks. This technique effectively allows a model to retain both speed and accuracy at the cost of data collection. It was applied to a reduced-order turbulence model, QuaLiKiz, which predicts plasma transport quantities caused by microturbulence. This particular phenomenon is the dominant transport mechanism within the tokamak core plasma. Unfortunately, the calculation of its contribution to plasma transport is also one of the limiting speed factors in current state-of-the-art tokamak modelling, even when using the reduced-order physics models.


FusionEPtalks is brought to you by the alumni community of the European Master In Fusion Science and Engineering physics. Our mission is to do student-led webinars, expert talks and panels on the development of nuclear fusion as an energy source that connect scholars, engineers and enthusiasts around the world.